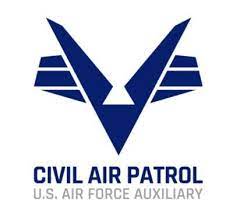 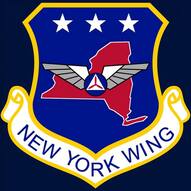 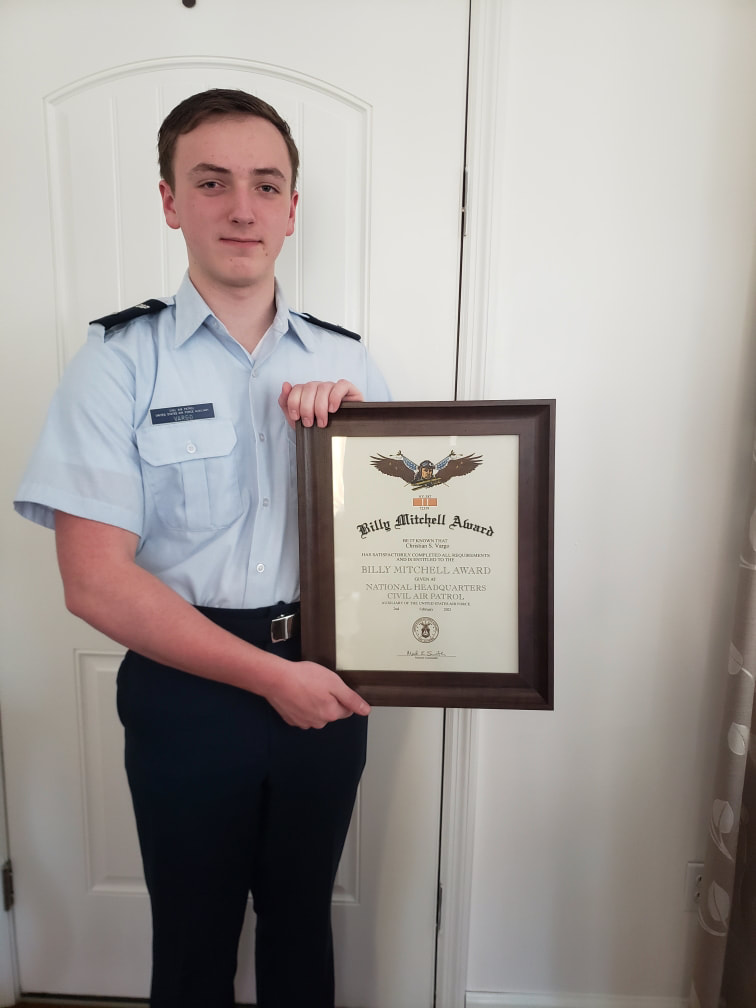 Civil Air Patrol congratulates Cadet 2nd Lt Christian Vargo for earning CAP’s Billy Mitchell Award. This award is presented at the culmination of two and a half years of work and is the second in a series of five awards available to Cadets as they progress in CAP’s Cadet Program.Cadet Vargo joined CAP’s Sullivan County Cadet Squadron prior to the pandemic and quickly promoted through the ranks. However, even when lockdown came into effect and the squadron was forced to meet online, he continued to promote despite the complications.

​Only 15% of Civil Air Patrol cadets earn the Mitchell Award which requires the cadet to pass comprehensive leadership and aerospace exams as well as a rigorous physical fitness test, and complete an encampment. The award marks the cadets entry into phase three of the cadet program where they are expected to lead the cadets around them in the tasks assigned to them. To put it lightly, it’s a big deal, and it isn't easy.

Cadet Vargo credits his squadron’s commander, Captain William Mason, for his success, saying “It took many failures to learn all that I needed for this achievement.  Captain Mason's patience, guidance, and instruction was the most valuable.  I would not have earned this achievement without his encouragement.  I failed the exams for this promotion many many times and he urged me to push through. With each failed test I learned new things.” 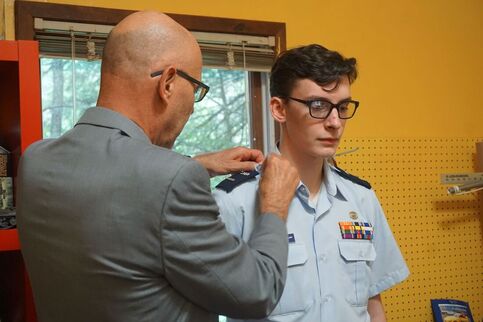 Cadet Capt. Galen Ferrara's father pins on his new insignia. Congratulations!
Cadet Galen Ferrara recently earned CAP’s Amelia Earhart Award.  The Earhart Award is presented at the culmination of almost three years of work and is the third in a series of five awards available to Cadets as they progress in CAP’s Cadet Program.

The Earhart Award is accompanied by a promotion to Cadet Captain and Cadet Ferrara was presented both by the New York Wing’s Commander, Colonel Thomas Carello in a virtual ceremony on July 16th.

Cadet Ferrara said, “It was a lot of hard work and study, and it pushed me out of my comfort zone, but it was also a lot of fun with great friends. I have to thank my fellow cadets and the senior member volunteers who helped me get here.”

Cadet Ferrara was motivated to join CAP because his older brother had been a CAP Cadet.  His mother, 1st Lt Claire Sullivan is also a CAP member and said. “The persistence and hard work necessary, the team-building and leadership, the camaraderie, and all of the wonderful experiences that make up the Civil Air Patrol Cadet Program are wrapped up in each milestone achievement and I could not be prouder of him.”

Ten weeks of planning, design, creation, and persistence, an exploration of aerospace science and history, articulate, professional presentation, and not one, but two cadet-made working wind tunnels. This is what Civil Air Patrol is all about. Congratulations to the hard-working cadets of the Sullivan County Cadet Squadron! 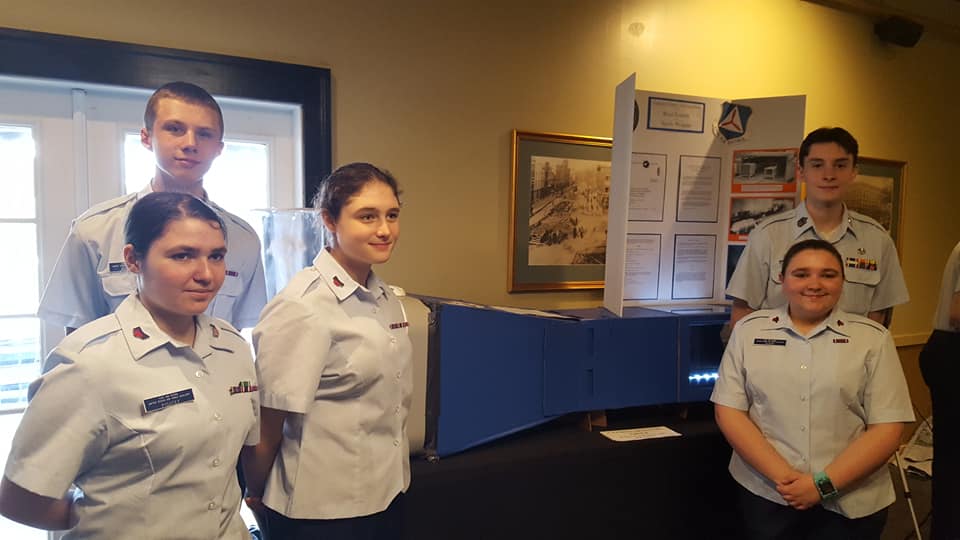 We took a flight in a C-17!  Thank you to the 105th Airlift Wing based at Stewart Airport for hosting us.  You can read all about it in the The Wayne Independent. 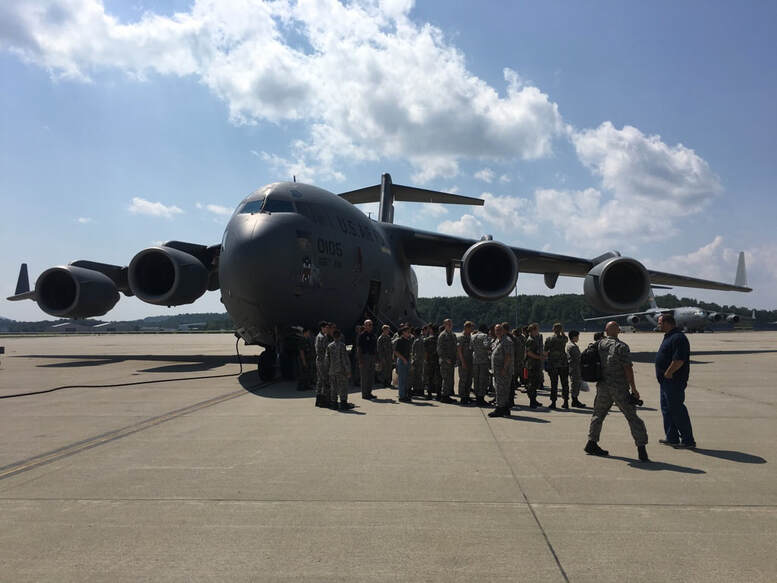 Cadets learn the basics of flight on one of the NY Wing's Redbird flight simulators. 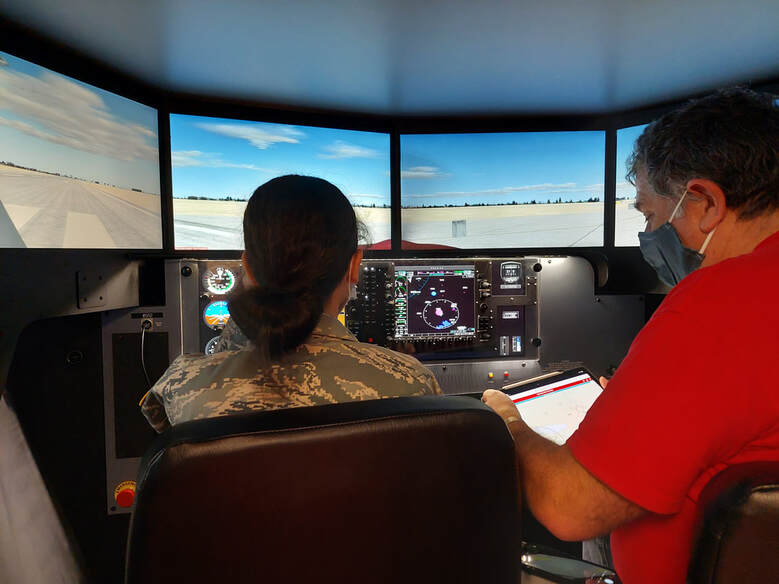 Civil Air Patrol (CAP) is an auxiliary of the United States Air Force.  All members are volunteers who want to better our community, state, and nation.  At the Sullivan County Cadet Flight, cadets are involved in drill and classes to prepare them for volunteer work (parades, patrols, and more) and for missions (search and rescue, mission scanner, and more), doing their best in the safest way possible.  CAP offers activities that members probably won't experience anywhere else.  Kids can join as a cadet from 12 to 17 years of age and those who are 18 and older can join as a senior member.
Our meetings are held at the Sullivan County Airport, Thursday evenings from 6:15-8:30.   Make the first right off the circle and we meet in building 75 on the left.  Park to the left of the building, walk through the gate and enter through the double glass doors.  We are on the second floor.